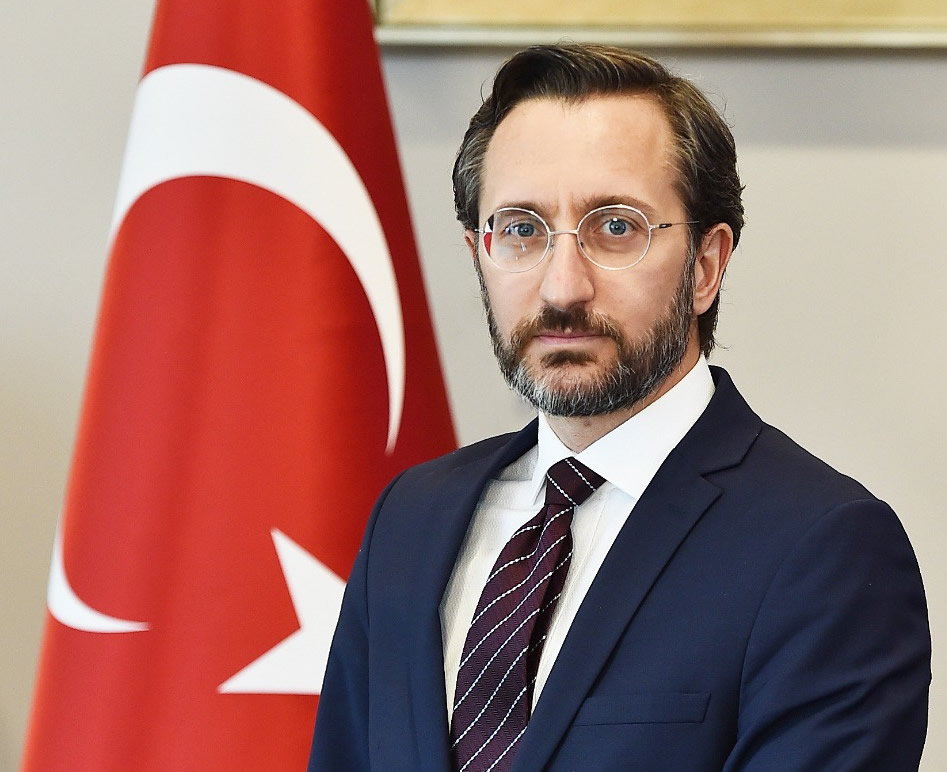 Graduated from Istanbul University Department of Sociology in 1998, Altun received his Master's Degree at Mimar Sinan University Department of Sociology and his PhD at Istanbul University in 2006 with his thesis entitled "Comparative Analysis of McLuhan and Baudrillard's Media Philosophies". Altun attended the Department of Political Sciences of the University of Utah as a visiting researcher between 2002 and 2003. He was among the founding academic committee members of Istanbul Şehir University and acted as the founding coordinator of the College of Communications. He also acted as the Head of the Department of Communication at Istanbul Şehir University between 2008 and 2014. He then worked as a faculty member at the Department of Sociology of Istanbul Medeniyet University between 2015 and 2017. Prof. Fahrettin Altun served as the General Coordinator of SETA Istanbul (Foundation for Political, Economic and Social Research) and Deputy General Coordinator of SETA between 2014 and 2018. In the meantime, he was also the Dean of the School of Communication at Ibn Haldun University. Working as the chief editor of the monthly magazine "Kriter", Altun also took part in television programs "Enine Boyuna" on TRT 1 and "Dışa Bakış" on TRT News as a commentator. He wrote columns on Sabah and Daily Sabah newspapers. Fahrettin Altun, who previously prepared and presented the program "Ayrıntı", which was broadcast on TRT 2 and TRT News, worked as an editor for Yöneliş and Küre publishing houses, editorial director in Anlayış magazine and a columnist in Akşam newspaper. Altun, who is the author of the book "Modernleşme Kuramı", is also among the authors of SETA publications " The Triumph of Turkish Democracy: The July 15 Coup Attempt and Its Aftermath", "Terörün Kökenleri ve Terörle Mücadele Stratejisi", "Press Freedom in Turkey: Myths and Truths" and "15 Temmuz'da Medya." He is married and has four children.

All Articles
No items found.
STRATCOM